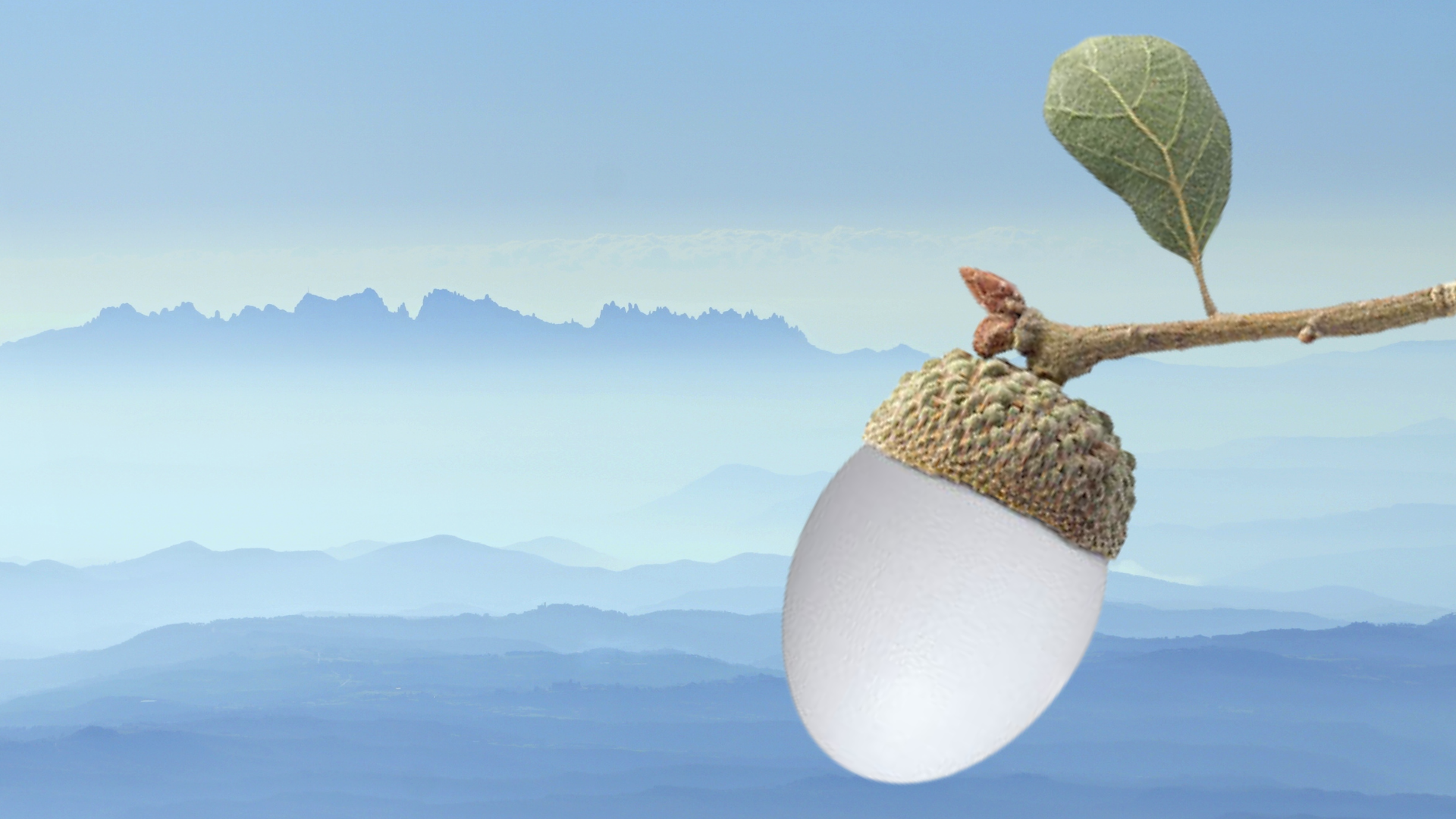 This is the first post in a series about mistakes that native English speakers commonly make. Native speakers in any language can make these types of mistakes, and linguistics can help us understand why. Today we explore a phenomenon called eggcorns.

An eggcorn is a word or phrase that sounds like another word or phrase. It is sometimes mistakenly used in place of the latter (the first or intended word or phrase) in a way that seems logical or plausible.

Let me give you some examples to clarify. Someone might want to give an order to cease and desist, but instead, say seize and desist . Perhaps someone who wants to eat coleslaw, by mistake says cold slaw. A person could hear the word scapegoat and think it was escape goat. Or, instead of correctly saying mishmash, they accidentally say mixmash .

In these examples, the logic comes usually from replacing an unfamiliar word or part of a word with one that is more familiar to the speaker. Cease and desist is a legal command that might make someone think of having something taken away or seized. Coleslaw is eaten cold, so it is understandable that people might mistakenly call it cold slaw. A mishmash is a mixture of seemingly random things, so it is logical that someone might want to call it a mixmash.

To repeat the definition using different words, an eggcorn is an incorrect phrase which the speaker thinks makes sense because it sounds like the correct version and contains words that are related to the topic.

Why are these mistakes called eggcorns? Well, the word ‘eggcorn’ comes from a mispronunciation of  ‘acorn.’ Linguist Geoffrey Pullum was responsible for coming up with the name.

1. Maybe you’re not familiar with the correct word or phrase, but you know the general sounds. Therefore you substitute words you know that seem to fit.

2. Connected speech might make the phrase difficult to process in your brain. Maybe the the last sound of the first word is not pronounced and the syllables blend together.

4. The correct word is foreign or unfamiliar to you.

5. You might not know that certain words that sound the same are spelled differently.

6.  You lack some grammatical knowledge. Yes, native speakers often forget grammar rules or forget them or perhaps never learned them to begin with!

7. You have heard an incorrect phrase so often that it becomes normal for you and you use it without thinking. It’s common for native speakers to simply imitate the mistakes of others when they occur frequently.

Believe it or not, a few native speakers say pacific / pacifically  instead of specific / specifically!

In general, we should try to avoid eggcorns in both spoken and written English. These mistakes reduce the effectiveness of  communication and can lead to confusion. For example, these two phrases appear to have opposite meanings:

I couldn’t care less means I don’t care at all. I could care less is not a phrase I have heard much, but if I heard it, I would assume that the person saying it cared at least a little.

The good news is that eggcorns can be cute and make people smile.

As a learner of English as a second or foreign language, you probably will not create eggcorns as easily as native speakers. The reason for this is that you formally study English when learning new vocabulary and expressions. Native speakers, on the other hand, often learn a lot of their own language through repetition of what they hear from others. They might learn the meaning through context as opposed to using dictionaries or studying a word or phrase’s etymology. (Etymology refers to the origin or a word of phrase.)

However, if you do pick up a lot of English through interacting with English speakers, make sure you ask about or look up any words and expressions that are new to you, so that you learn them correctly the first time. By the way, I bet there are a lot of native English speakers who don’t know what an eggcorn is.

Watch the video below to see some more common examples of eggcorns. In the next post, we’ll talk about malapropisms, a phenomenon that is very similar to eggcorns.