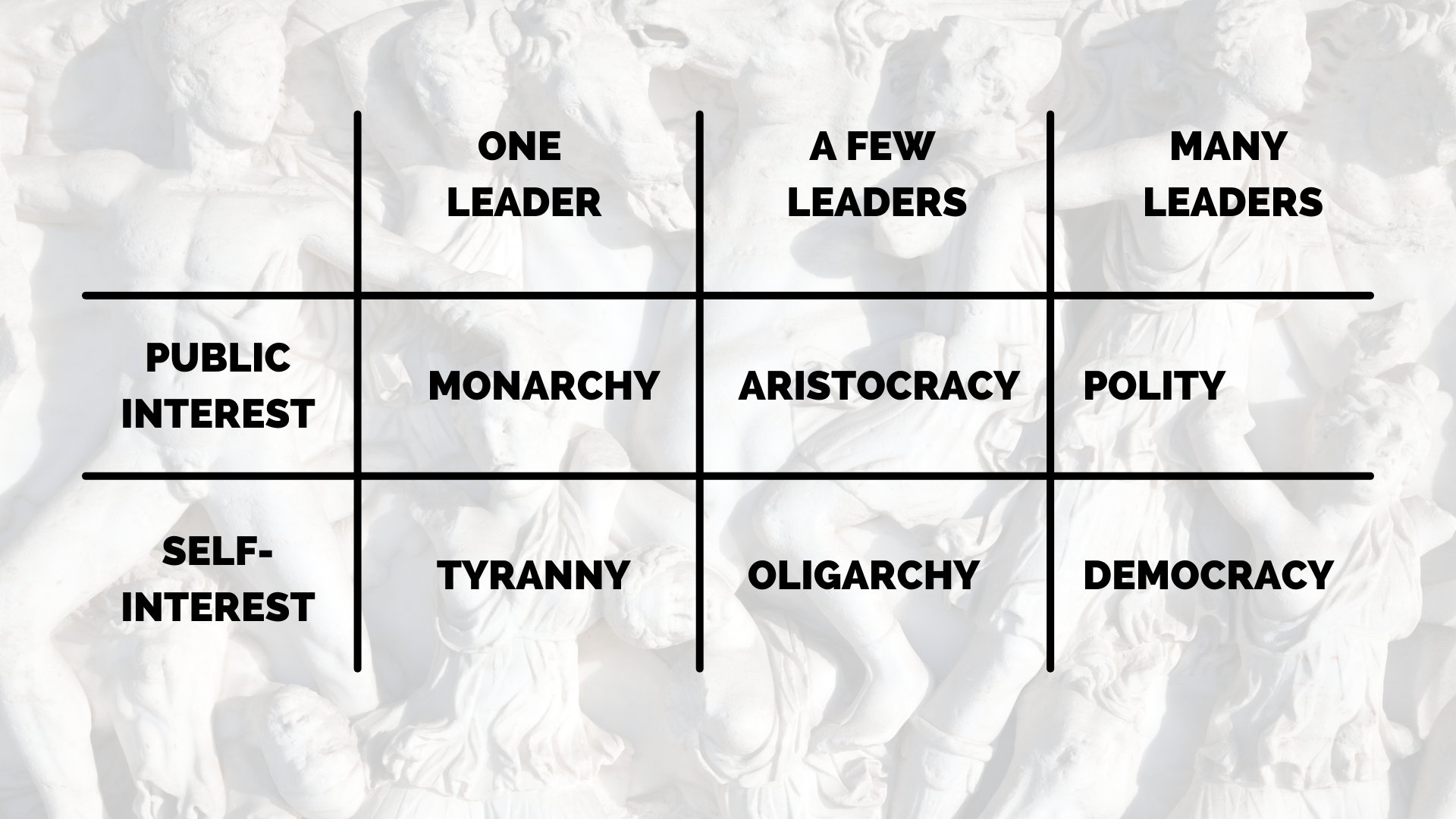 As discussed in the previous post, Aristotle tried to use evidence to find the best kind of political community. He and other Greek philosophers compared the governments that existed at that time, and they identified six types: monarchy, tyranny, aristocracy, oligarchy, polity, and democracy. We’ll compare the the six types of classical government by answering these questions.

The Greeks identified two types of government in which power is distributed among only a few people: an aristocracy and an oligarchy. In an aristocracy, only a few people had political power, but they used their power to satisfy everyone’s interests. In an oligarchy, on the other hand, the few people with power used their power to satisfy only their own interests. The Greeks thought that aristocracy was the second-best form of government and that oligarchy was the second worst. They believed that aristocrats were noble and oligarchs were greedy.

When power is distributed among many members of a political community, it is either a polity or a democracy. The difference between the two is in the interests that each type of government satisfies. In a polity, many people have power and they try to use their power to satisfy everyone’s interests. In other words, they work for the public good. By comparison, in a democracy, many people have power, but they each try to satisfy their own self-interest. In other words, they work for their own, private good. The Greeks believed that polity was better than democracy but worse than aristocracy. Likewise, they believed that democracy was better than oligarchy but worse than polity.

Today most people think of democracy as an ideal type of government. However, BE CAREFUL: the meaning of the word “democracy” was different in ancient times.