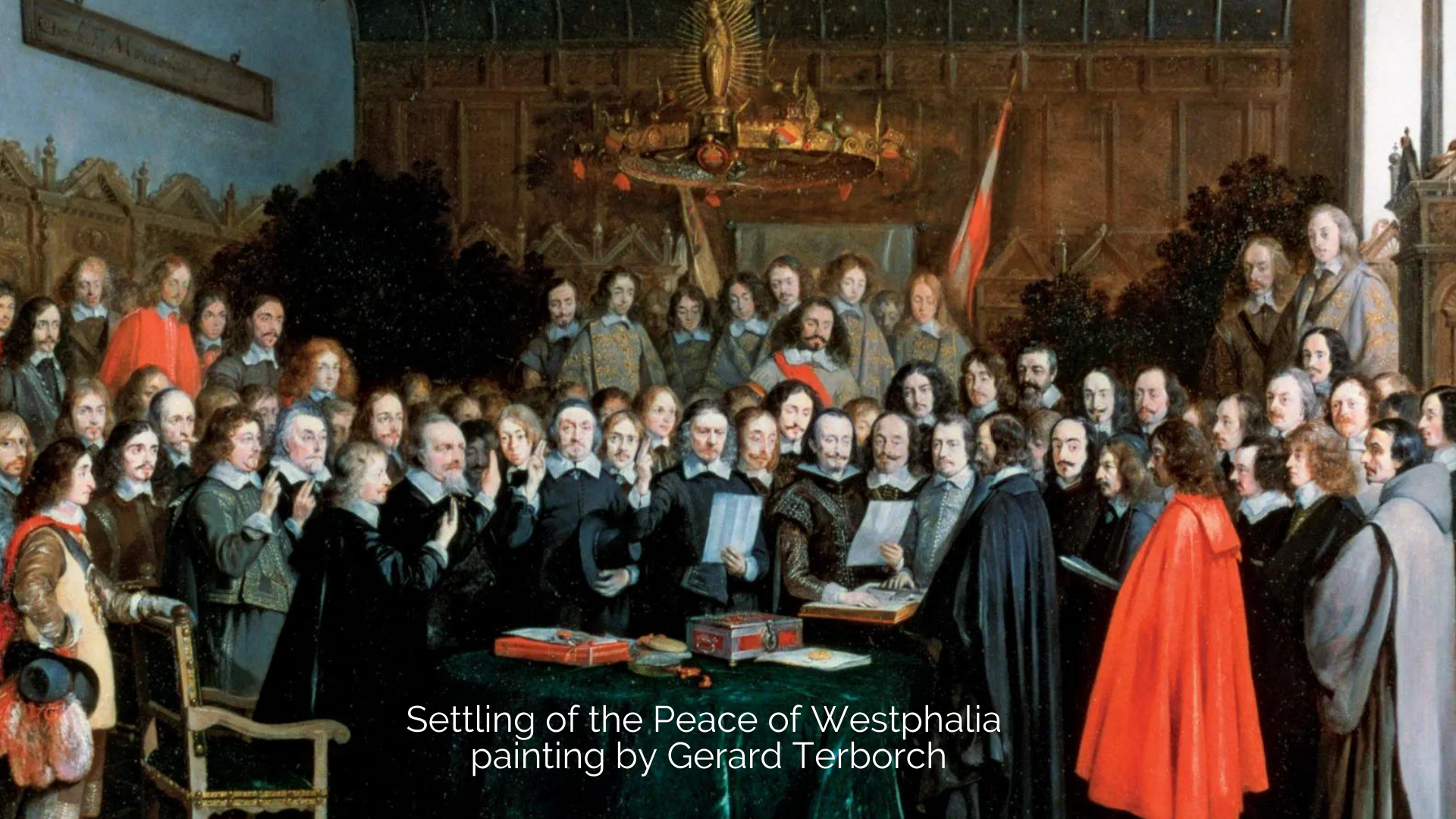 The study of the relationship between states is international relations. As we have learned in previous posts in this series on political science, modern states began developing in Western Europe in the late fifteenth century. One of the most important dates in the history of modern states is 1648. In that year, several European states ended their wars by agreeing to recognize each other’s sovereignty. Their treaties, known as “the Peace of Westphalia”, started the system of international politics that we live in now. In this post, we’ll learn about state sovereignty, the theory of realism, and power in international relations.

The second international system is called anarchy. In anarchy, all states recognize each other’s sovereignty and there is no hierarchy. In anarchy, a state competes in order to satisfy its interest in security. Realists believe that states exist in anarchy now and that they must do anything necessary for security.

In an international system of anarchy, all states are exactly the same except in terms of power. The resources that a state has determine (or decide) its power. According to realists, the most important resources are military, economic, and political. An army gives a state military power. Economic power comes from the money and other resources a country has.

Political scientists identify 1648 as the beginning of modern international relations. In that year, several states recognized each other’s sovereignty. That external sovereignty was an addition to the authority they already had in their own territories, their internal sovereignty.

Realism is a theory about how these states interact in an international system. One of the assumptions of realism is that there is anarchy, the idea that no state has less sovereignty than another. Another assumption is that each state tries to satisfy its own self-interest, especially for security. They do that by using their power resources to try to get what they want.