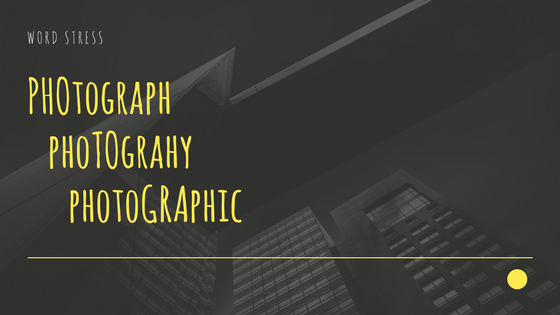 Here are some more rules that can help you understand where to put the stress. However, do not rely on them too much, because there are many exceptions. It is better to try to “feel” the music of the language and to add the stress naturally.

There are many two-syllable words in English whose meaning and class change with a change in stress. The word present, for example is a two-syllable word. If we stress the first syllable, it is a noun (gift) or an adjective (opposite of absent). But if we stress the second syllable, it becomes a verb (to offer). More examples: the words export, import, contract and object can all be nouns or verbs depending on whether the stress is on the first or second syllable.

For a few words, native English speakers don’t always “agree” on where to put the stress. For example, some people say teleVIsion and others say TELevision. Another example is: CONtroversy and conTROversy.