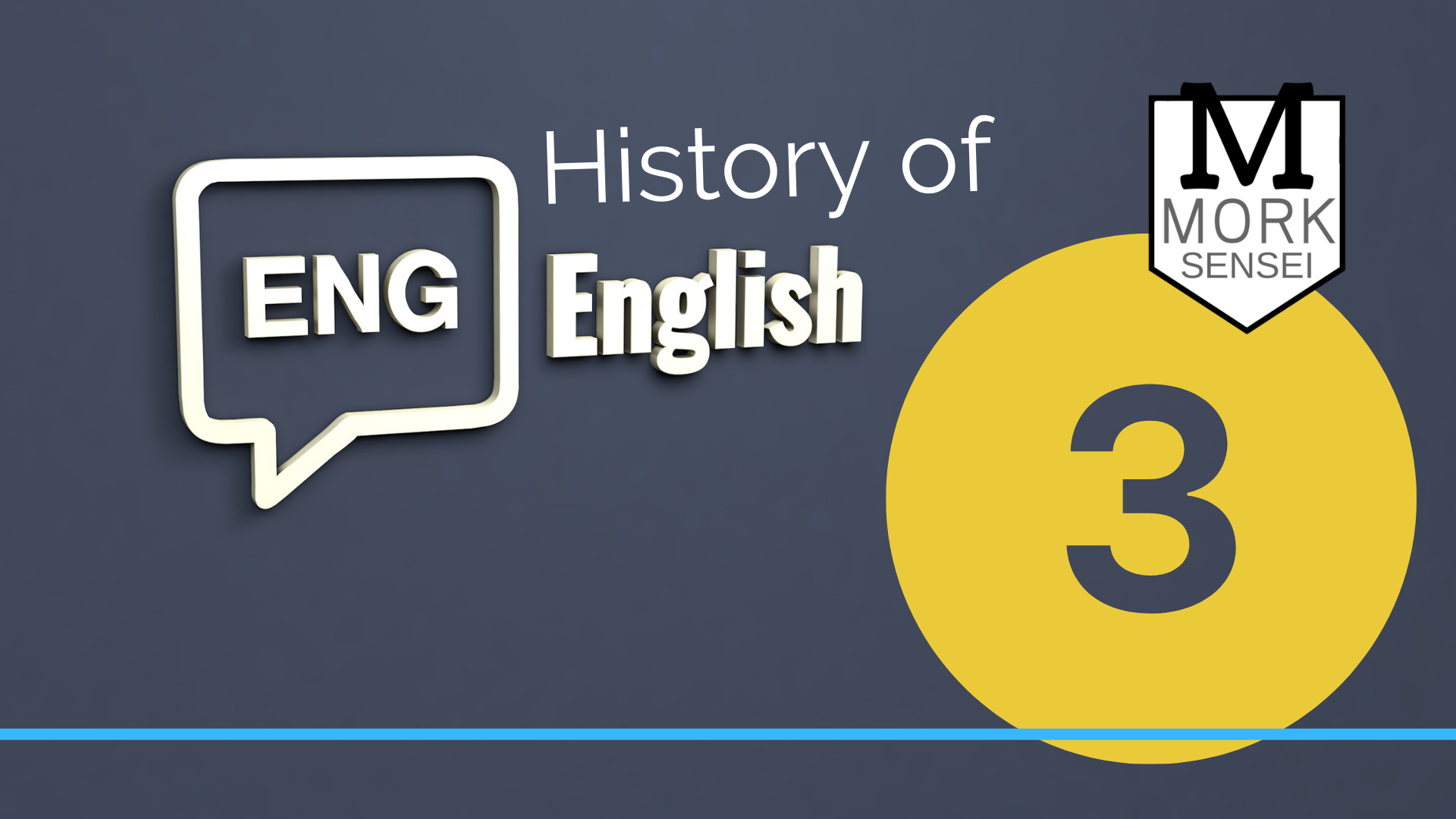 English people historically have excelled at literature (or have been very good at it), because they produced people like Sir Geoffrey Chaucer, who was the great poet of his period. He blended English and French vocabulary. The best-known work of Chaucer is the Canterbury Tales, written in 1392. In this work, Chaucer does something interesting with the language, too. He includes stories told by characters from all ranks and all levels of society. By doing this, he shares the richness that represents the state of English at this time. When we refer to the English language at this stage in history, we call it Middle English because it’s the English used in the Middle Ages.

Chaucer wrote in London English, from the south, and that’s the variety of English that that later became what we speak today. Chaucer’s English was still very different, but if you look at what he wrote, you’ll recognize many of the words. You’ll also be able to generally understand the grammatical patterns.

By Chaucer’s time, Middle English was changing so rapidly in different parts of the country, that many Englishmen from the North could not understand people from the South of the country. Maybe that’s true today, too. Because London was a powerful city, London English became Chaucer’s English, and eventually, modern English. Chaucer’s manuscripts (or writing) spread quite widely. At first, manuscripts were handwritten copies of literary texts and other texts, so they took a long time to make and there were not too many of them.

However, in the mid 15th century, a major technological event took place. It was the invention of the printing press. The printing press meant that writing was available to many more people, not just in Britain, but throughout Europe. There was a much more widespread access to all types of writing, although not everyone could read.

When a bright (or smart) young playwright (or person who writes plays) called William Shakespeare began to become popular later in the 16th century, there was an audience who could understand what he was saying. If Shakespeare had been born 80 years before his real birthdate in 1564, he probably would not have had the same success. He arrived just in time for the success of the printed book. He also arrived just in time for professional theatre, which meant that people would be able to hear his words through stage actors who no longer had to travel to some kind of very elite performance environment.

The theatre was a new form of entertainment that hadn’t really been in England. 1000 years earlier there were Roman theatres, but this was a new media form.

It’s often said that Shakespeare coined (or created) a very large number of new words – possibly thousands of words. Some say that that Shakespeare wrote entire scenes so that he would be able to use a word in a new way. He loved language, and so did his audience.

However, researchers are discovering that a lot of things that we thought Shakespeare used for the first time were in fact used earlier by other people; other writers from the same period. Shakespeare just kept his eye out for very clever things that people were saying and he would just steal it for use in his plays. As Bono from U2 sang, “Every Poet is a Thief.” However, it was part of Shakespeare’s creativity to keep an eye out (or keep his ears open) for things he heard in the streets that he could use in his plays.

In Shakespeare’s world, global trade is beginning, and it’s also the beginning of sciences, along with strong religious tensions. Once again, this was a period of great growth in English language vocabulary. Even more words were coming in from the Romance languages as trade was increasing with other countries. There was also influx of words coming into English from Dutch or German.

There was not only technological innovation, but also increasing explorations of new parts of the world. Words associated with other very distinct cultures – including a wide range of cultural things, physical descriptions, names for animals from other places… These things were all being discovered and were all be written about. The vocabulary of the English language has always been expanding.

Amazingly, the English language kept its early dialects from its Anglo-Saxon roots, surviving but adapting with invasions from the Vikings, the Normans, and then moving around the world – growing, and eating up new words from other languages in other lands. The British Empire gradually spread to all corners of the world, importing its languages, and developing into other dialects in different regions.

Modern English has such a rich and extensive vocabulary because it’s been so flexible throughout its history, like a snowball running [rolling] down a hill, picking up more and more snow (or words in this case). English is a language that has adopted words from just almost every period of civilization and most regions in the world.

From Latin which comprises (or makes up) almost 30% of the vocabulary; from French which also comprises nearly 30%; Germanic words which are the source of over 25% of English vocabulary and include words that originated during the Norse and Old English era; Greek words; Arabian words, even Chinese words. A surprisingly large number of everyday English words come from proper names.

We are in a globally connected world now, where English is the lingua franca. A lingua franca is a language that is adopted as a common language between speakers whose native languages are different. In fields like science, technology, medicine, and literature, and for communication of all kinds, English is the language that we can safely assume will be spoken in more places in the world than ever.

Even though English is not the largest language in terms of its number of native speakers (Chinese is number one there), the future of the English language is good. English will keep absorbing words from different cultures. There will be technological innovations, and its evolution will continue. What would the Celts, the Romans, the Vikings, the Normans, or Chaucer and Shakespeare have made of our shorthand when texting?