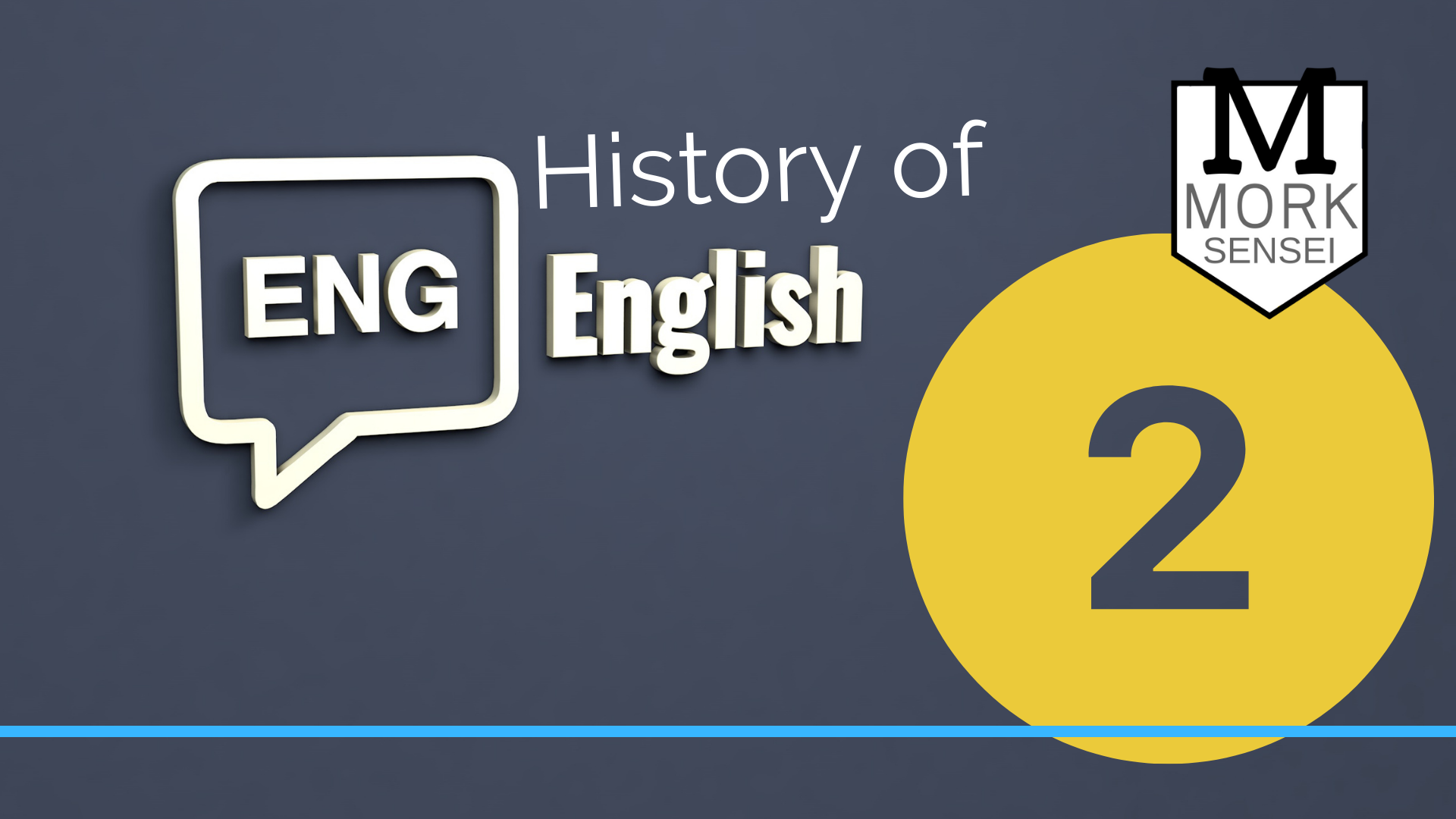 We ended the last post in this series in 793 CE. If you guessed that this is when heathens called Vikings from the north arrived from Sweden, Norway, and Denmark, you would be correct! A heathen is a person who does not belong to a widely held religious group (especially someone who is not a Christian, a Jew, or Muslim). The Vikings inhabited Britain for about 200 years. Their language was Old Norse, which was a relative of English.

Icelandic is the closest relative of Old Norse that we have today. It’s probably similar to the language spoken by the Vikings when they raided (or attacked) Britain in the 9th and 10th centuries. Nobody really knows if the Anglo-Saxons and the Vikings could understand each other, but most experts agree that they were able to understand each other at least a little.

The linguistic impact of Old Norse on the English language is huge. There’s a very large number of words came into English from the Vikings because so many Scandinavians settled in England. They lived alongside the English, so a lot of vocabulary was brought into English from Danish. We see a lot of these words today.

For two centuries, the Danes (people from Denmark) and the Anglo-Saxons live together, especially in the north and eastern areas of England. They mingled with each other, they married each other, and the Anglo-Saxon language absorbed (or adopted) many words from Old Norse. Examples include some of our most common words like they and their and them, and many of the SK words in English like skill or ski.

In the 11th century, however, the language received another important jolt through a historical event: the invasion by the King of Norway, which is recorded in the Anglo-Saxon Chronicle. King Harald of Norway met with the Anglo-Saxons outside York, at Stamford Bridge, for a very severe fight. Leaders from both sides were killed there, including the leaders from both sides. Anglo-Saxon King Harold Godwinson raced north to Stamford and defeated the King of Norway. King Harald was killed during the battle. If Harold Godwinson had not gone to the north and killed the Viking leader, he would have better able to lead against the threat from William the Conqueror of Normandy in the south. But he could not be in two places at the same time, so in the end, the Norman Conquest succeeded.

Anglo-Saxon King Harold Godwinson’s defeat marked the end of the Anglo-Saxon period. It was the start of the Norman Conquest. The word Norman comes from the word Norsemen. Norman is what the people who lived in the northern part of France, called Normandy, were called. Normandy had been invaded by the Vikings earlier.

When Willian Conqueror came over, he replaced the Anglo-Saxon aristocracy with his own people, who at that time, spoke a dialect (or a version) of French. So, what we have is three languages being spoken in Britain now. It was a trilingual society, with French spoken by the king, the courts, and the aristocracy, Latin used by the church and in administrative areas, and English used by everybody else. English gradually continued to acquire (or absorb or adopt) other languages during this period. It’s estimated that the English language picked up about 10,000 words from French. The change to English resulting from Norman Conquest is enormous. Since English was already becoming the language of regular people, language change happened relatively quickly. There was a huge influx (or entry) of words from Norman French. This is why English has such a huge vocabulary. It’s twice the size of most other European languages because we have a Germanic word and a French word for almost anything.

The largest proportion (or percentage) of words in English are from Latin or French. They are of romance origin. The romance language group includes languages like Latin, French, Italian, Spanish and Portuguese. The most commonly-used words in English, however, are words from the Old English used by the Anglo-Saxons. Most of the top 100 most used words in English are from Old English, especially all of the short words. Words like bad and good, body parts like head and foot, words like love, strong, road, apple – these are all from Old English. These are words that have been part of language as long as it has been spoken as English.

And that is where we end this post. In the next and last of this brief series on the history of the English language, we’ll talk about Middle English.

This series is an adaptation of the “The History of English” from Curiosity Stream.