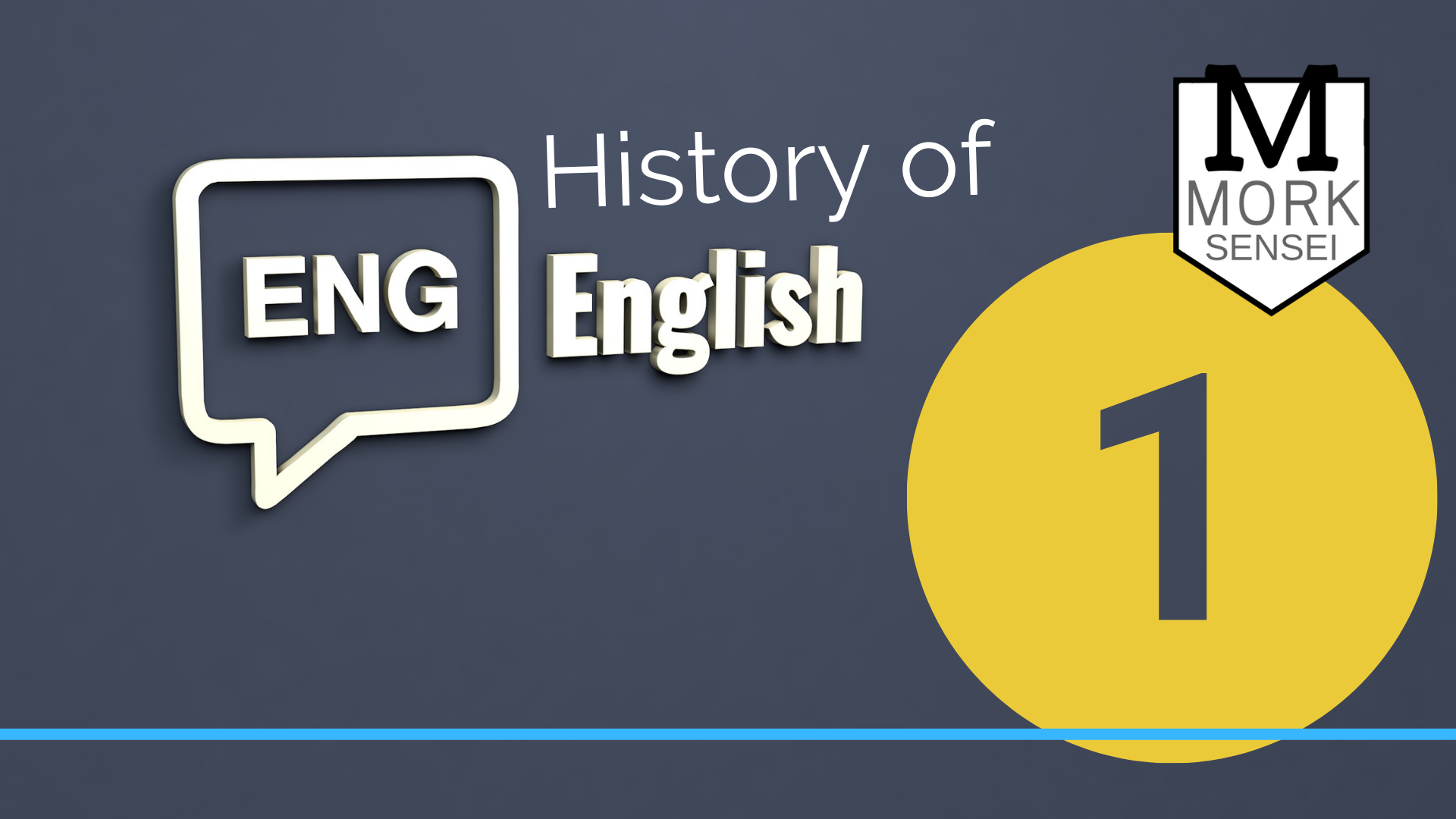 The English language has evolved (or changed) a great deal over time. It’s interesting and worth knowing a little about, so today’s post is part one of three parts all about the history of the English language. It’s a long history, so I’m only going to share the historical highlights (or main points). Hopefully after reading, you’ll understand why English has such confusing spelling and so many, many words.

The history of the English language is a saga (or a long, exiting story) about a language that has responded to invasion after invasion of different languages. English adopted (or took on) the most useful words from the invading languages. In the process, it became a very rich language and ultimately (or in the end) a linguistic superpower. This happened because the conquerors and the conquered people lived together and the language blended or mixed). As a result, the English language has double the vocabulary of any other language. And today, more people learn English as a second or foreign language than any other language.

The last Ice Age was ending 10,000 years ago. Ice was retreating (or going back, meaning it was melting), and global sea levels were over 120 meters lower than they are today. At that time, you could have walked from Denmark to Britain without getting your feet wet and across a flat plane of land that has since been called Doggerland.

However, as the global sea levels slowly rose, Doggerland began to disappear under the water, and of course, the people living there had to retreat. These people called themselves Pritani, and this is where we get the name Britain. The people who lived there were Nomadic hunter-gatherers. Nomadic people do not stay in one place; they move around depending on where they can find food. Hunter-gathers were people who depended on wild animals and collecting foods such as berries for their survival. They didn’t do any farming at first.

These people spoke a language that probably later developed into Celtic. Today Celtic languages are spoken in the west of the island of Britain, in Ireland, and in Brittany (north-west France). Celtic languages include Irish, Scottish Gaelic, Manx, Welsh, Breton, and Cornish. The original Celtic language was spoken by a group of people called the Celts. The Celts were a sophisticated society. There had advanced technology for the times, they participated in agriculture, international trade, and the arts.

The Romans invaded Britain the first century BCE (the first 100 years Before the Common Era) and discovered that the Celts were also fierce (or strong and dangerous) warriors. After 100 years of fierce fighting with the Celts, the Romans finally gained control of Pretania. And when they come to what is now Britain, they naturally brought their own language with them, which was Latin. Latin soon because the language of most people in Britain. The soldiers of the Roman legions (or military people), the civil administrators, popular leaders, the clergy (or religious leaders), and the merchants (or tradespeople) all spoke Latin.

Around 400 CE (or Common Era), however, Rome was collapsing, meaning the Roman civilization was ending. At that time, a group of Germanic tribes was looting their way through Europe. Looting means stealing goods from a place, often during wartime. They were scavenging (or searching and collecting) from Roman ruins to get the last few pieces of Roman consumer goods.

In 600 CE, Christianity began to return to the area for the first time since Roman times.  Religion and literacy spread throughout Pretania. These Germanic tribes were also true immigrants. They wanted to stay in Pretania. This is different from the Romans, who never made their home there. The Germanic tribes quickly settled into their new home. For a long time, it was believed that the invaders killed all the Celts and their language, replacing Celtic with Old English or Anglo-Saxon.

According to traditional stories, the Germanic invaders pushed all the Celts to the border. The stories stay they were forced into Scotland, the outer edges of Scotland, Wales, and Cornwall. However, in reality a lot of Celts stayed behind, and they intermarried with people from Germanic tribes. Intermarriage refers to marriage between members of two different groups of people.

We know this happened based on archaeological evidence, from biological evidence, and from new genetic evidence. There is a lot of Celtic blood in England these days. The linguistic influence, however, is very small. The exception is the names of places, like towns, rivers, mountains. It’s typical for place names to stay the same. Examples in Britain are York, Dover, Avon, Thames, Exeter, Devon, and Durham.

By the seventh century, the Germanic tribes had settled seven separate kingdoms, who battled each other for the control of the place later called Englaland. During this period, reading and writing flourished (or became popular), particularly under the King of Wessex – Alfred the Great. He was King of Wessex near the end of the ninth century, and strongly believed that people should be literate in English.

Something unusual about England during this time is that there was a lot of written material in the vernacular, which means the language spoken by ordinary people in a place. As a result, there were beautiful works of English created at this time. The most important work of English written during this period was Beowulf, the oldest poem alive in Old English. It was set in sixth century Scandinavia.

In the story, there is a hero fighting against a dragon monster called Grendel. In the end, however, he dies trying to keep chaos and darkness away. The story represents the worldview of the Anglo Saxons at that time. The dragon is going to win, but if you fight, people will sing about you forever. Beowulf is over 3000 lines long, and it is the thing that people usually think about when they think of great works in Old English.

There are many other great works, too. A lot of what we know about the history of Britain comes from this time period and from the Anglo-Saxon Chronicles (or historical notes). These chronicles began during the time of King Alfred in the ninth century and continued to be written through the 12th century by different groups of monks in different monasteries. A monk is a member of a religious community of men who live under strict rules. A monastery is a group of buildings where the monks work, live, and pray. There are examples of interesting events during these times, but one really important event for British history is recorded in 793 CE. We’ll get to that in the next post.